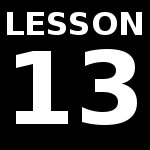 Lucky lesson 13!  With this lesson we continue with the particles that we have already started on.  Last week you learned about the question word, “ba”, this week we start on two of the most widely used words, or particles, in the Bisaya language – Na and Pa.  One of these two simple words, or […]
To access this post, you must purchase Learn Bisaya with our Bisaya Buddy Course.