You are here: Home / All Lessons / Lesson 15 – Particles – Kaayo intensifier 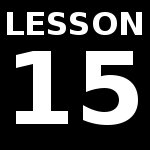 Lesson 15, another building block in your journey toward speaking Bisaya!  Each week we take another step toward your goal and today’s step is an important one!  In fact, you could accurately say it is a VERY important step! Why is it so VERY important?  Well, because you are going to learn about another Particle, […]
To access this post, you must purchase Learn Bisaya with our Bisaya Buddy Course.