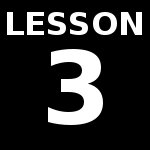 For Lesson 3 we will be focusing on First Class General Pronouns.  What are general pronouns?  In English they would be words like:  this, that and such.  In Bisaya they are broken down even further by adding the distance away.  In other words you could say “that” or “that nearby” or “that far away”.  When […]
To access this post, you must purchase Learn Bisaya with our Bisaya Buddy Course.