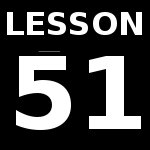 How did you do on your test last week?  I hope you did great and are feeling confident and ready for your last round of lessons before your final exam! In Lesson 51 we are going to look at a whole bunch of different “Noun Makers”.  There are several different ways to make nouns, and you […]
To access this post, you must purchase Learn Bisaya with our Bisaya Buddy Course.