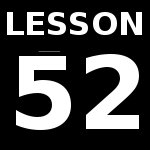 So, did you do plenty of Noun Making last week after Lesson 51?  Not enough, I’m afraid, because this week you will be learning more Noun Makers… Abstract Noun Makers this time. In Lesson 52 it is all about Abstract Noun Makers.  Sorry for a bit of bad news on top of this, but this week […]
To access this post, you must purchase Learn Bisaya with our Bisaya Buddy Course.